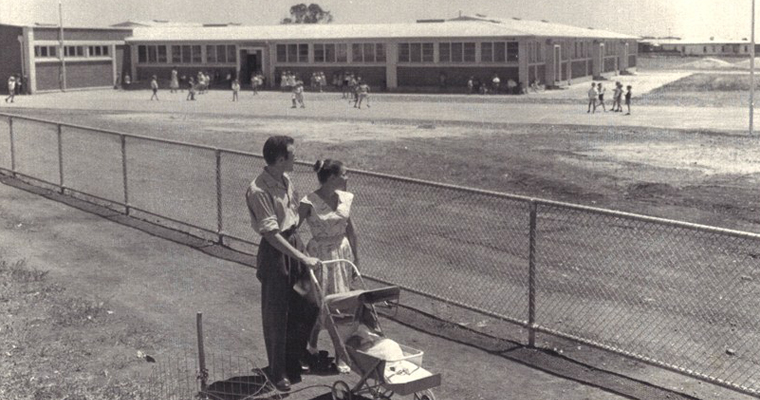 The official opening was celebrated with an Assembly in the quadrangle with Mr Brown, the Headmaster, Dignitaries, Teachers and about 1150 students. There was a Mother’s Club to assist with fundraising and a School Council.

In the early 1970s, an Open Space Unit was built to house four very large classes of Grade Five and Six students. The OSU had a modern Wet Area, and Withdrawal Rooms as well as an Office for the four Teachers and one Teacher Aide who worked in the building.

Over the years, the original red-bricked buildings have been renovated and added to. Students and year levels have moved to various different locations. The Library has been in at least three locations in the main building.

The huge shelter sheds that were lunch areas for hundreds of students, have been changed or covered in to create different learning spaces. Playground areas have seen a variety of types of play equipment from steel bars to treated pine log structures and now our innovative new Nature Play Space.

The Gym and Covered Outdoor Learning Areas over the playground equipment were opened at the 50th Anniversary Celebrations of the school in December 2010. Over the years, many improvements have been made to the site to make the school a more effective learning place. Through the use of research, innovation, and a shared vision, further improvements are planned to support students with their learning throughout the 21st Century.

Report an absentee by filling out the form.